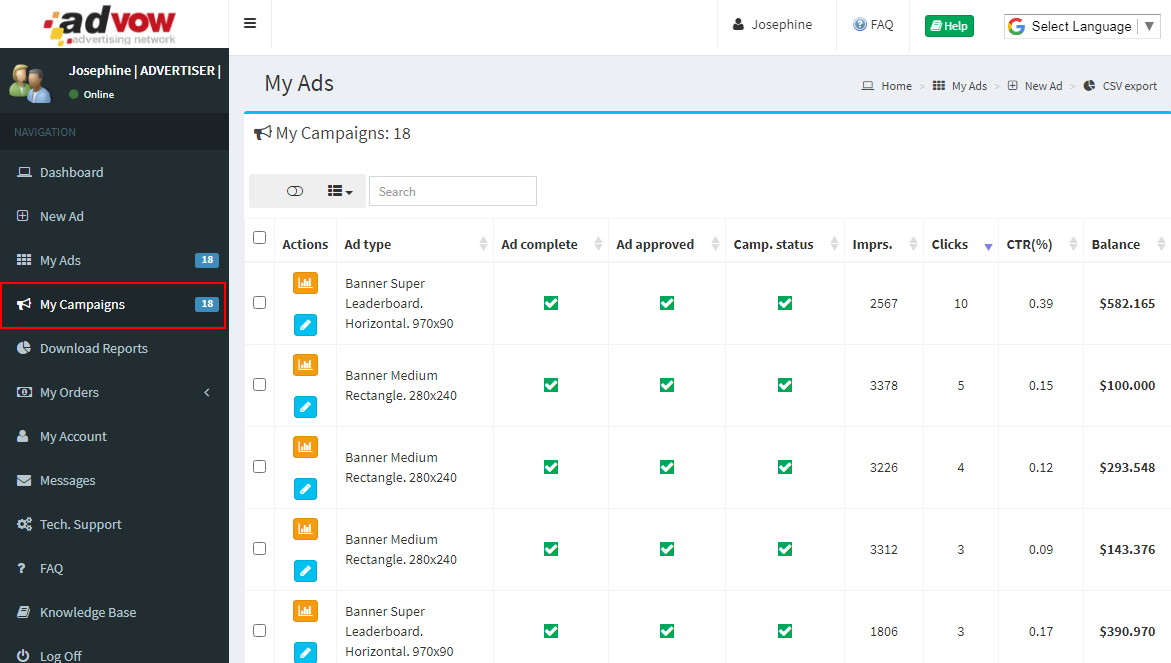 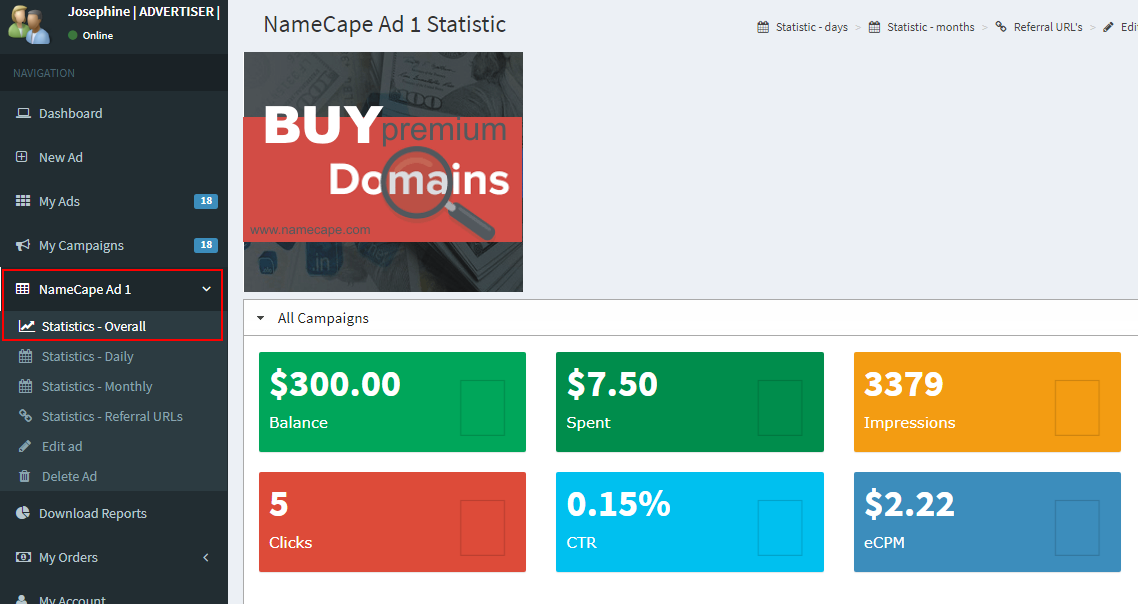 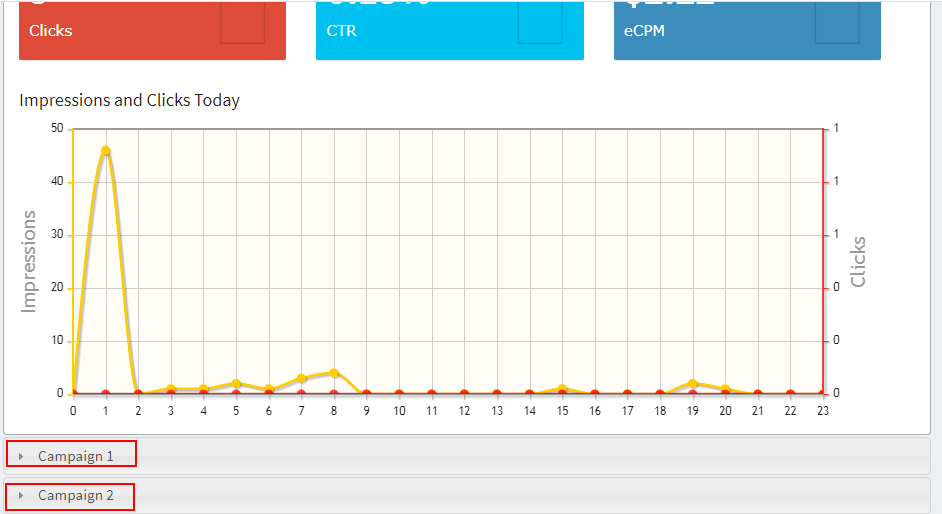 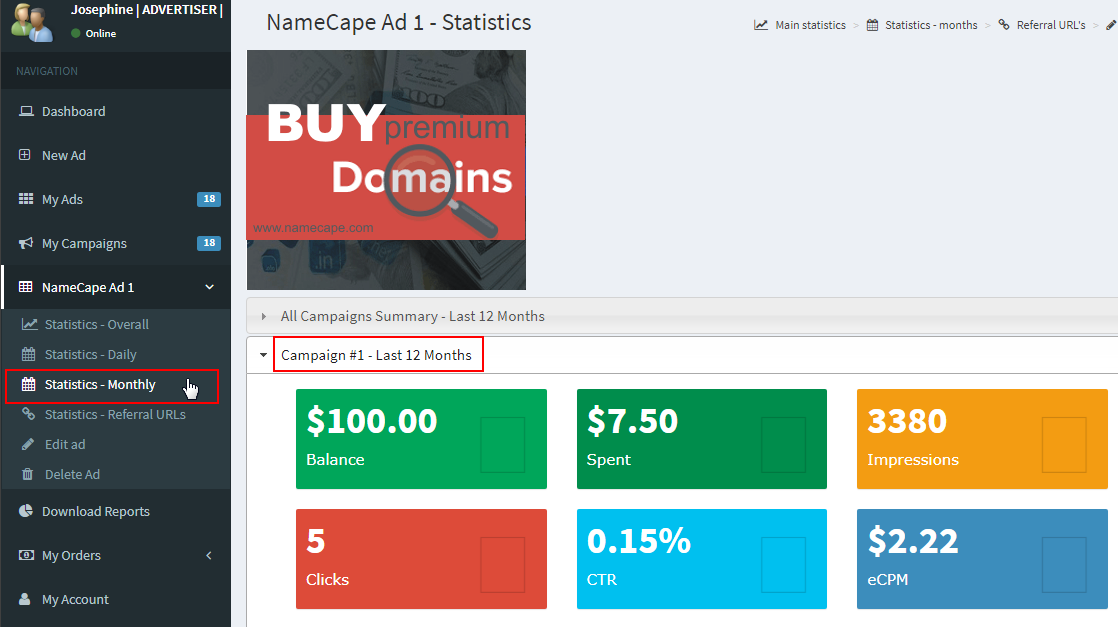 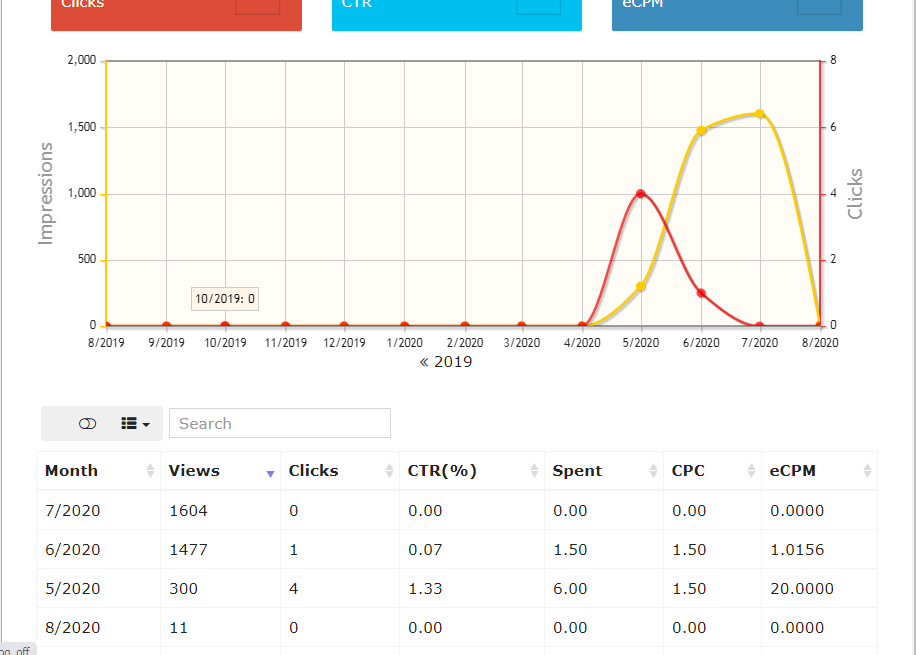 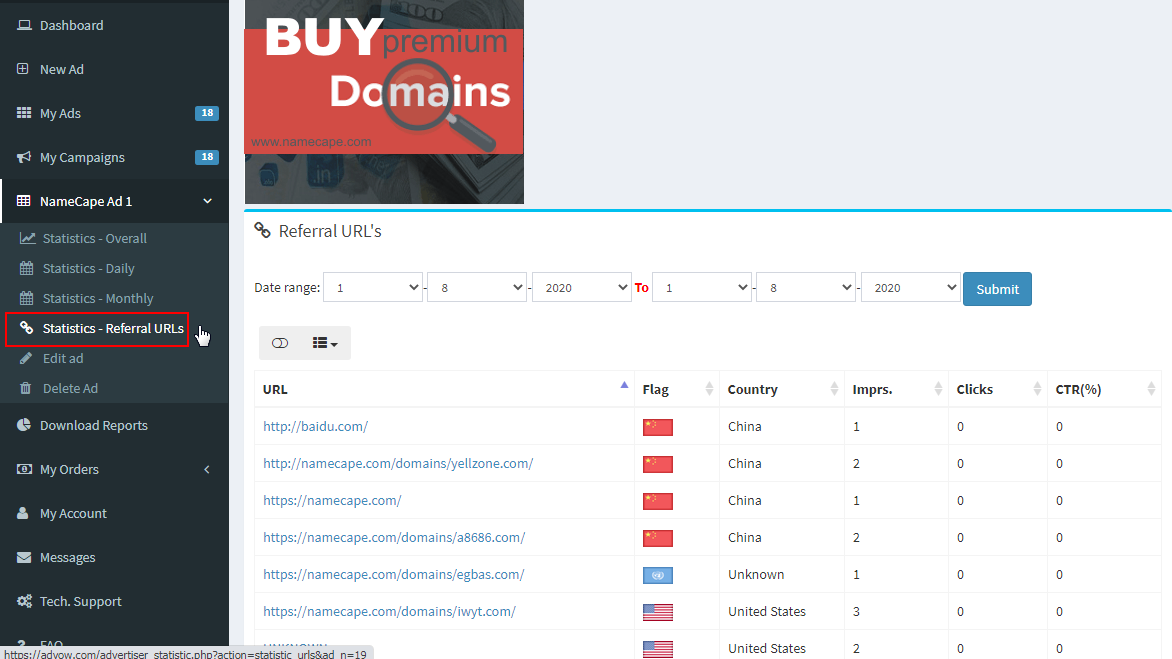 How to view report for all campaigns. Table

To compute report for a campaign, do the following: The resulting table contains data for all your Ad campaigns (both running and paused). Each row of the table contains information for a campaign:
- Action - edit the campaign or view graphic report
- Camp. No. - serial number of the campaign in the database
- Ad Name (title) - title or name of Ad being used for the campaign
- Ad type - Ad type being used for the campaign
- Ad complete - whether or not the Ad data has been properly filled-out with required info
- Ad approved - whether or not the Ad used for the campaign was approved by Admin
- Camp. status- active or paused. You can activate or pause a campaign any time
- Imprs. - impressions received
- Clicks - clicks received
- CTR - click through rate, i.e. clicks divided by impressions in percentage (%)
- Balance - amount of funds (in $) left from the budgeted amount for the campaign


How to view report for individual campaign. Graphics, Tables

To compute report for a campaign, do the following:
Remember, an Ad can be used for multiple campaigns (see Assign Ad To A Campaign). If the Ad is being used for running more than one campaign then, at the bottom part of the page, the respective campaigns will be listed (pic. 3).

Click on the necessary campaign (tab) to view the report. You can view reports for:

All reports are equipped with search tools to limit computable data for graphic display.